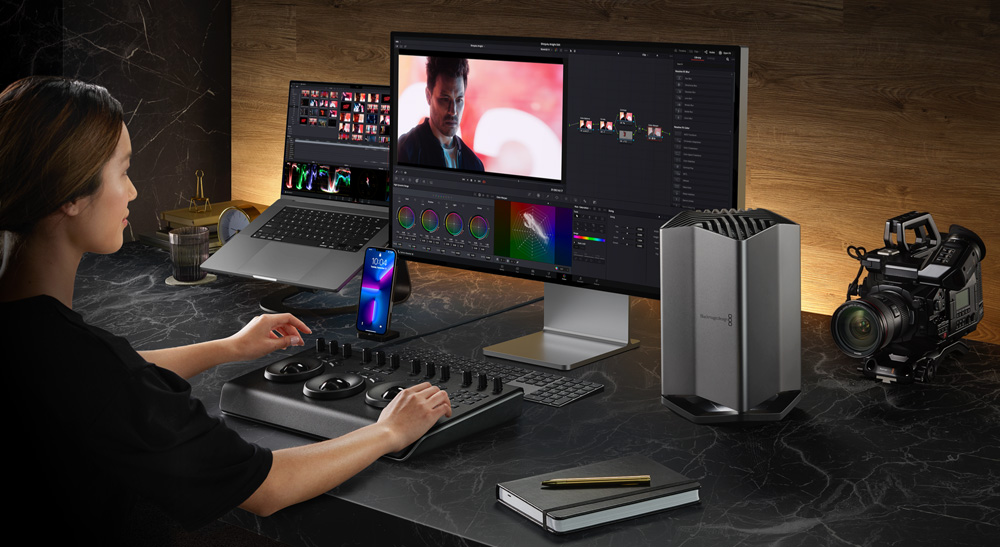 Blackmagic Cloud Store will be available in Q2 2022 from Blackmagic Design resellers worldwide from US$9,595.

Blackmagic Cloud Store is the perfect network storage solution for any use. But it’s perfect for film and television where large media files need to be shared between multiple users for editing, color correction, audio post and VFX work. It even handles massive 12K Blackmagic RAW digital cinema files. Each user gets zero latency and they don’t need to store files on their local computer. It’s the perfect solution for DaVinci Resolve.

Unlike IT industry storage products that are rack mounted and have loud cooling fans, the Blackmagic Cloud Store is an elegant vertical design that’s portable. It’s also whisper quiet so it can be used on location. Internally it has an array of flash memory cards working in parallel for speed and data protection. The four 10G Ethernet ports operate as a switch so customers can connect four separate computers, or they work together using “link aggregation” for a massive 40G Ethernet speed. There is also an HDMI monitoring output so customers can watch a live graphic view of the storage operating on a TV or monitor.

The Blackmagic Cloud Store is available in 20 TB, 80 TB and massive 320 TB models, so customers have lots of space for all their business files and video media. M.2 flash memory cards are used for extreme reliability, high access speeds and zero seek times. Plus the M.2 cards are arranged in parallel RAID 5 groups so they can operate much faster than a single card. That ensures massive speed combined with fault tolerance. 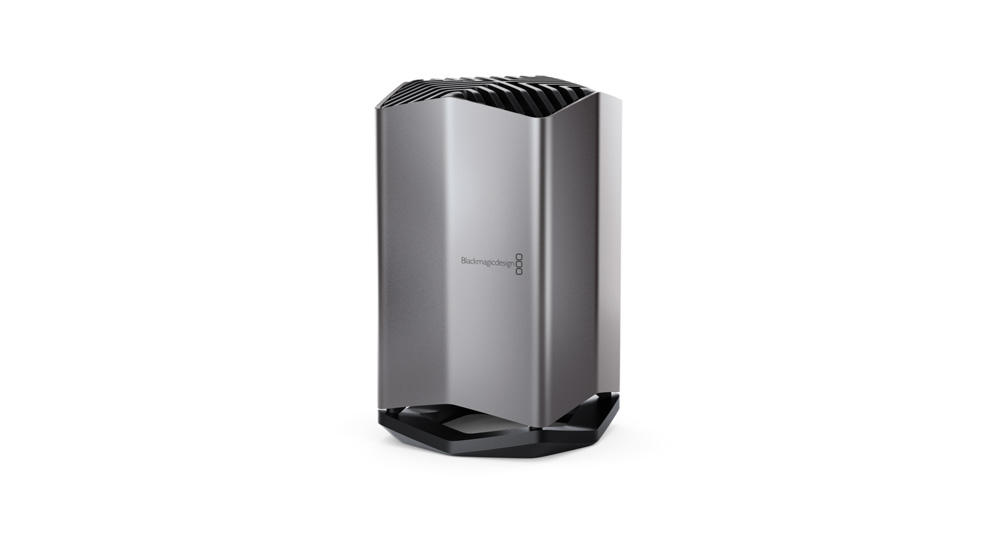 The most exciting feature is the HDMI monitoring output. Simply connect a TV or monitor to see live status of the Blackmagic Cloud Store. The storage map shows a graphic representation of the memory core and where the read and write access is happening for the connected users. There are also four graphs that show customers the data transfers on the four main 10G Ethernet connections. The main space indicator shows customers the capacity of the memory core and how much is currently used. The status for each Dropbox connection is also shown. It’s even possible to see connected users and the power supply status.

Modern laptop computers are so thin, they often don’t even have an Ethernet connection. Blackmagic Cloud Store has a USB-C to Ethernet adapter built in and customers can access it simply by plugging their computer into the USB-C port on the store. That means customers can just plug in to quickly grab files when customers need them urgently.

The two USB-C ports on the Blackmagic Cloud Store can be used for loading and backup of files. If customers connect a media card reader or a USB-C disk to the ingest port, then all files on that disk will be loaded into the cloud store. Backup is also important and while Dropbox is a good backup solution, by connecting a USB disk to the backup port, customers can do local backups without any ongoing costs and with total privacy. It works with a USB-C disk, or even large USB-C disk arrays.

One of the big advantages of Blackmagic Cloud Store is that it’s private storage that customers fully control. There are no subscriptions to sign up for. There are no monthly license fees. There is no tracking of their usage or data. That means customers can run a private network, totally disconnected from the internet. This is critical for many security standards where computer networks cannot be connected to the external internet. With Blackmagic Cloud Store, customers get enterprise level performance, but with total freedom.

“We are very excited with the new Blackmagic Cloud Store,” said Grant Petty, Blackmagic Design CEO. “We have been extremely unhappy with storage solutions in the market as they didn’t have the performances needed by the high end feature film and TV industry. Now, editors, colorists, visual effects artists and audio engineers can work together in DaVinci Resolve on the same project at the same time!” 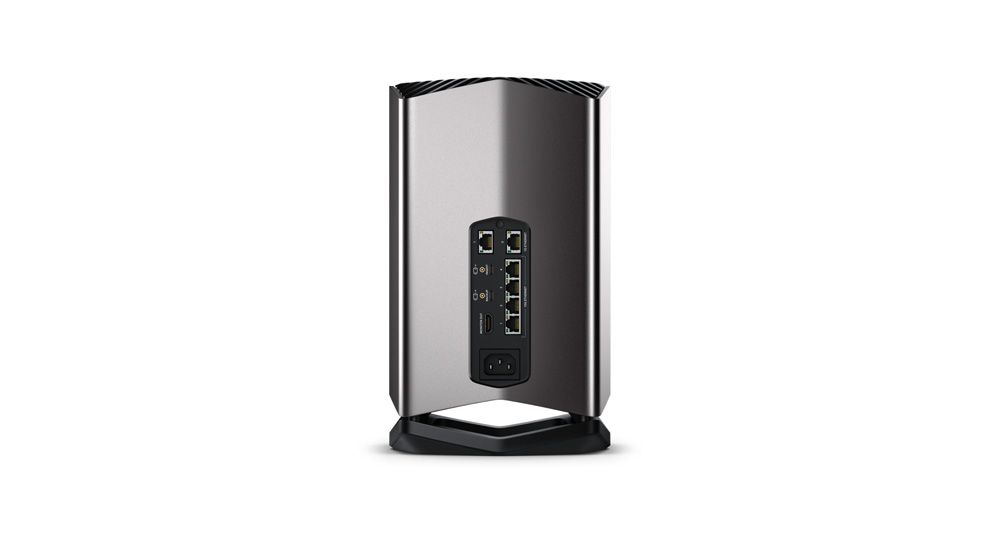 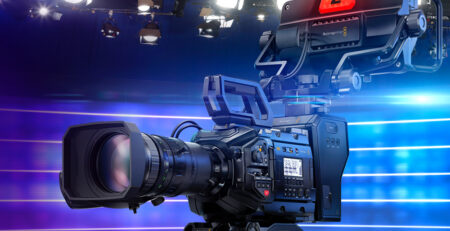 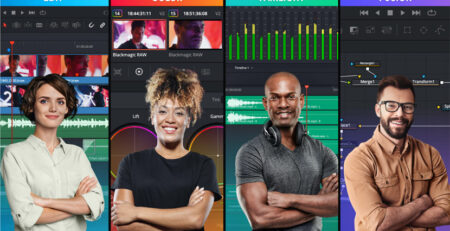 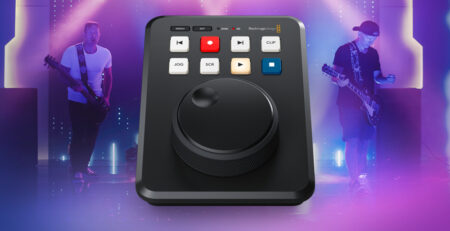 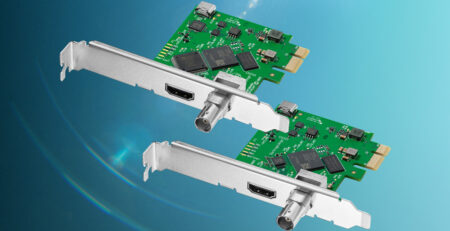 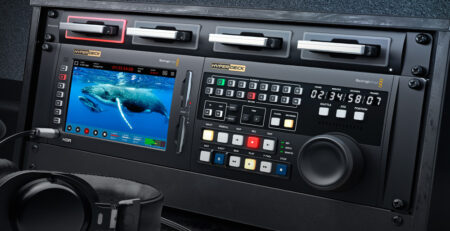 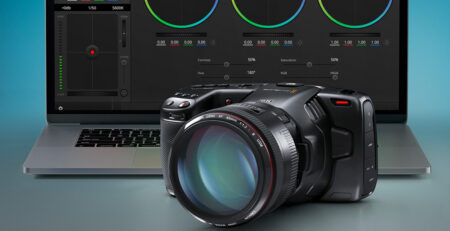 Blackmagic Design today announced a new lower price for the popular Blackmagic Pocket Cinema Camera 6K of US$1,995. This is... loe edasi 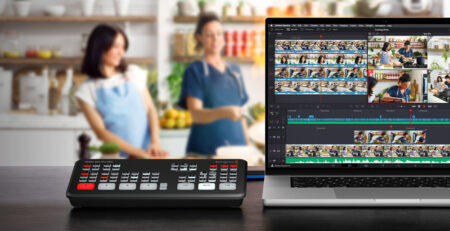 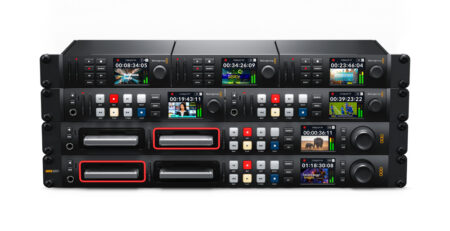 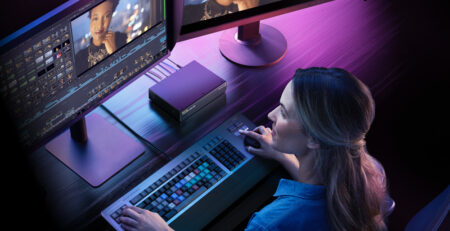